The Sony Xperia Z1 Compact has all the same features of a Z1 and some added features.
Releasing on January 2014

And sad news is that No U.S. distribution 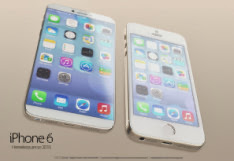 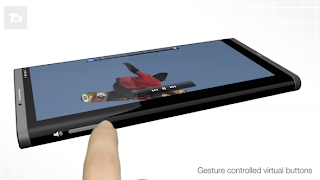 (Image source-internet)
When we come to the point what will be the Apple's next, we do not have any words. Apple has been a trend setter and has always shocked its users and even haters to wonder by introducing innovative features and hence opening new avenues for others in the same race. Whether it is the talk of phones or computers Apple finds its way in. And every time, Apple comes in new colours and with new flavors.
Now heading towards Apple's iPhone six T3 has depicted that it may look like this. I liked it and bet that you will also like this.All these are concept features of an upcoming captivate device and not of a product that is available in the market.
is available in the market.
The amazing feature that T3 has discussed is that thenew iPhone 6 has a wraparound display.Which means there is screen on both the sides.

Features and advantage of such amazing display
*.It is an AMOLED display
*.Its resolution is11615×1800 pixels
*.It will provide an extremely new and amazing interface
*.It has not any button at all that is the thing which is not liked by most of the people. So a new button-less display.
*.It has another amazing feature. You cancontrol the volumeof this device by just gestures.There is volume control on the spine of this device

But this is just a concept. Really an amazing one. it is also sad to hear that Apple would not have launched it by the end of this year. Hope so soon it will be in the market and we will be able to enjoy this new device.

Do you think there would be any problem with this kind of display?
Comment below and share 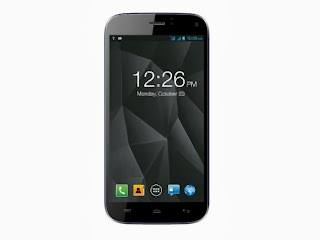 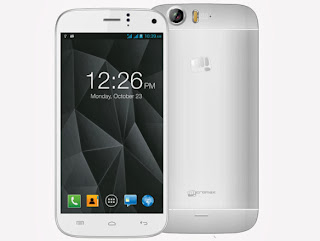 Micromax has recently launched Micromax Canvas Turbo officially. It is the first Micromax smartphonewith a 1080p full HD display& has priced the smartphone at Rs 19,990.
It has a 5.0-inch (1920 x 1080 pixels) CGS (Continuous Grain Silicon) IPS display, powered by 1.5 GHz quad-core MediaTek MT6589T processor and runs on Android 4.2.1 (Jelly Bean). For capturing high quality pictures and photos, it has 13-megapixel auto focus rear camera with LED Flash and for video calling it has 5-megapixel front-facing camera similar to the Canvas 4. It has Camerazzi camera which offers a lot of features including 360 degree panorama, Cinemagraph that lets usr animate still photographs (.GIF) and Object Eraser feature allows users to erase unwanted objects from still pictures that are shot with the smartphone.

The Micromax A250 Canvas Turbo will be available to buy on October 26 in India for a market operating price of Rs 19,990. 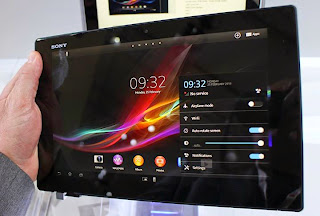 Sony Xperia Tablet Z, unveiled at Consumer Electronics Show 2013 inUS, is now available for pre-order in India. Major online retailers are taking advance bookings for the device, which is scheduled to be launched early next month. Flipkart, Snapdeal and Infibeam areoffering the device with 16GB storage and Wi-Fi and 3G connectivity for Rs 44,990 approximately.

Xperia Tablet Z runs on Android 4.1(Jelly Bean) out-of-the-box and has waistline of just 6.9mm, thinner than that of rivals like Apple iPad and Google Nexus 10. Another key feature is its shockproof, dust resistant and waterproof body, which makes it largely impervious to damage.

The all-new Xperia Tablet Z by Sony features a 10.1-inch TFT touchscreen with Mobile Bravia Engine 2 display technology and image resolution of 1920x1200p. It is powered by a 1.5GHz quad-core processor, coupled with 2GB RAM, and 32GB onboard storage, with microSD support of up to 32GB. The tablet has an 8.1MP camera with Exmor R imaging technology and LED flash on the back, a feature no other rival can match asof now.
Connectivity suite of Xperia Tablet Z includes top notch features like 4G LTE as well as NFC, along with standard options like 2G, 3G, Wi-Fi,Bluetooth 4.0 and microUSB. Powered by a 6,000mAh battery, the device will be available in blackand white colours.

Sony has also included its proprietary S-Force virtual surround sound technology in the tablet for enhanced audio quality. This is the third tablet by Sony, after Xperia Tablet S and Xperia Tablet P, which failed to make their mark in the market. 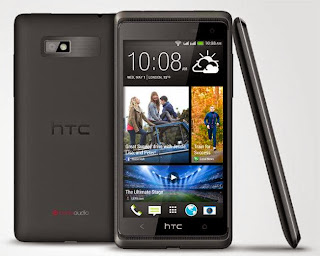 Barely hours after being spotted onbenchmarks, HTC has officially announced the Desire 600. The Dual-SIM smartphone will be available in markets starting June and features a Qualcomm Snapdragon S4 1.2GHz quad-core processor and runs on Android Jelly Bean with Sense 5 UI running on top. Think about the Desire 600 as an affordable variant of the One.
Hardware specs include an 8-megapixel rear camera, 1.6-megapixel front facing camera and BoomSound dual speakers on the front similar to that of the One. It also features a 4.5-inch LCD2 qHD display, 1GB of RAM, up to 8GB of internal memory and an 1,860mAh battery, which HTC claims offers up to 11 hours of talktime and over 500 hours of standby time. It supports NFC, DLNA and Bluetooth 4.0 connectivity apart from GPS, Wi-Fi and the regular connectivity options. 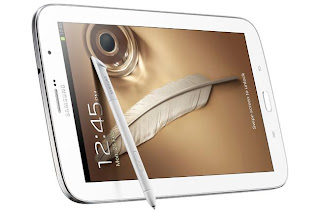 Last week we had reported about Samsung India putting up the Galaxy Note 510 for pre-orders on its eStore. Earlier today, the folks at FoneArena spotted the tablet becoming officially available on theeStore for Rs 30,900.

As we reported earlier, the Galaxy Note 510 sports an 8-inch (1280×800 pixel) display and is powered by a 1.6GHz quad-core Exynos processor, with 2GB of RAM. In addition to the above, the tablet also features a 5-megapixel rear camera, a 1.3 megapixel frontfacing camera, 16GB of internal memory which can be expanded using a microSD card, and a 4,600mAh battery.

The tablet also accommodates a SIM-card and can be used as a phone too for voice calling. As withall other Note line of products, the Galaxy Note 510 also features the S-Pen stylus input and has a number of features that are tailor-made for it. Additionally, Samsung is billing the tablet as an eReader, and it has built a reading mode in the tablet that optimizes the screenbrightness levels for heavy duty reading sessions. 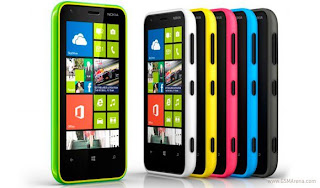 The Lumia 620 is an incredibly important phone for Nokia. Not only it brings down the Windows Phone 8 experience to a level below Rs 15,000, but it also strives to bring a level of hardware and design sophistication to the price segment that no one else can. It is a very important product for Nokia as the Rs 12,000-15,000 price bandis one of the fastest growing smartphone segment. Other top tier smartphone brands compromise on design, build quality and certain other features in this segment, while homegrown brands are hitting them hard with top-of-the-line specifications. Nokia is in a unique position not only with its Windows Phone 8 platform but also its insistence on a premium Lumia design language.Let us see if the Lumia 620 can compete with the manic march of cheap Android smartphones that are starting to hit the market with top draw specs.

Design
With the Lumia series Nokia is a gunning for design language by which the consumer can recognise that it is part of the Lumia family and unlike its 2011 product line there is no disconnect between some of the higher-end and lower-end models. The Lumia 620 may not have the unibody frame of the 920 or the glossy color palettes of the Lumia 820, but this is distinctly a Nokia Lumia phone. It is built using a double shot polycarbonate composite shell, that is removable.This is extremely similar to the Lumia 820 as the entire shell cocoons the innards of the device including the display. While the shell is essentially built using plastic, the quality of materials used is much higher than any Android smartphone in the price bracket. We were delivered the matte white model, and we found the matte finish on the model to bea dust magnet. The unit gathered alot of dust and formed a brownish palette within a week.

As far as the dimensions are concerned, the Lumia 620 is neither the thinnest or the lightest phone out in the.
Source--BGR

HTC One launched in India 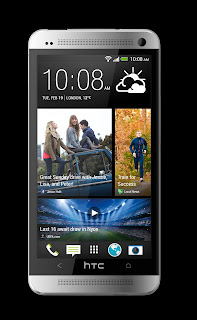 Design & Dimensions:
The smartphone feels extraordinarily slim and thinin respect to its size- weight distribution of the inner components. It measures just 9mm at its thickest point further extending to 5mm at its ends. On paper itmeasures 137.4 x 68.2 x 9.3 mm and weighs 143g.It features a silver, brushed aluminum chassis and will be availablein Black & Red variants also.
HTC One has a unibody aluminum body which gives it a premium and sturdy finish. The Stereo speakers are placed on the top and bottom front which gives a new design to it as well as are better for audio output. The Power On/Off button is placed on top edge which also behaves as an IR sensor.There are only 'Back' and 'Home' capacitive keys placed adjacent to a HTC logo below the screen.

There had been certain talks originated much before HTC One's launch about the new camera technology and yes it is there in the One as Ultrapixel sensor.
This makes HTC One rich of specifications at sensor level. It clearly defines that HTC One is innovated with the thought of low light photography, which is therefore fantastic in terms of moderate conditions.

Storage: The HTC One comes with an option to choose between internal storages of 32/64GB but it lacks memory expansion.

Battery:
It contains a non-removable Lithium-Polymer 2300 mAh battery which is somewhat sufficient for normal everyday use. 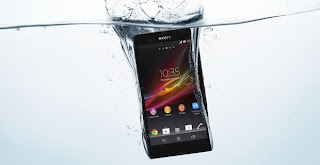 Firstly, the Sony Xperia Z sports a new design language from Sony. It looks quite impressive and it feels really sleek when you hold it in your hands. Apart from the new design Sony has also loaded this device with some great hardware.

The Xperia Z sports a 5-inch display with a 1920×1080 pixels resolution which is powered by Sony's BRAVIA engine. The smartphone is powered by a quad-core Qualcomm Snapdragon S4 Pro processor which is clocked at 1.5GHz. In addition to this the device includes 2GB of RAM, 16GB of built0in storage and it has a 2,330 mAh battery. It sports a 13 megapixel rear camera which Sony's latest Exmor-RS sensor enabling the device shoot HDR videos and stills, it also includes a 1.9 megapixel front facing camera.Regardless of its sleek new design,the Xperia Z features a waterproof and dustproof exoskeleton.

It is equipped with all the key connectivity option including Wi-Fi,3G,4G, NFC, etc. and it has an microSDcard slot for 64 expandable memory. This Sony smartphone runs Android 4.1 Jelly Bean right out of the box.